Germany in the first half of 1919. Disgruntled soldiers trudge home from a war they cannot believe they have lost. The Kaiser is in exile. The reigning noble houses have vanished, swept into history by the so-called November Revolution. Coups d’etat are in open preparation. Violence is everywhere. In this volatile climate, Hermann Hesse’s Demian found its first readers. 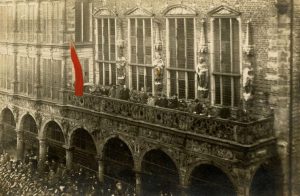 Demian was originally published in three instalments in the literary journal, Die Neue Rundschau, between February and April, 1919. It came out in book form in June 1919, with regular reprints in the months and years that followed.

In a favourable review, one of the first of many, Alfred Döblin emphasised the ‘unusual satisfaction’ the reading experience had given him. Hesse’s novel, displayed an ‘incomparable sureness of touch’; it ‘reached the essential’. To clarify what he meant, Döblin singled out the novel’s ‘primordial amorality’ and its ‘resolute refusal of intellectuality.’ These enabled the reader to ‘see and feel as a reality’ the ‘hidden, supra-moral movements of the soul’. [1]

In his 1927 biography of Hesse, Hugo Ball praised Demian in categories similar to Döblin’s, but took them a little further. Because of the ‘macabre, hallucinatory clarity’ of the language, the novel’s ‘incestuous and murderous passion’ could ‘light up with purity’. The novel constituted ‘a breakthrough to the self that reaches the depth of primordial undifferentiation’. Ball also emphasised the novel’s contemporary relevance. For him, Demian held true to the ‘fratricidal and lawless time’ in which it was written. [2] 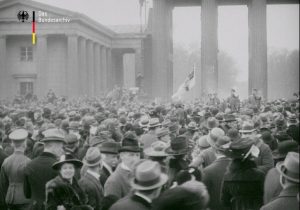 Though the superlatives were not always sustained – in 1956, Döblin wrote to a friend that he could see in Hesse no more than ‘tedious lemonade’ [3] – these early judgments reveal what is notable in Hesse’s Demian. The novel’s distinctiveness lies in its amorality, its attention to the instincts rather than the intellect, its claim to unusual depth and authenticity, its vivid, empathetic narration, and the unusual resonance it can have in the mind of the reader.

The early readership of Demian is often referred to as the ‘youth of Germany.’ Never a self-evident category, it certainly needs to be stretched if it is to include older, well-established personalities such as Döblin and Ball. Looking back in 1948, the scholar of literature, Ernst Robert Curtius, attempted a more precise delineation. Typical of these early readers, he argued, were former soldiers who had been young before the Great War, had survived the carnage of the trenches and had found their way to the universities by 1919. The ‘youth of Germany’, therefore, stood for a specific segment of a lost generation. Curtius believed, presumably on the basis of personal experience, that these ageing youths shared a further distinguishing feature: they had belonged to or had sympathised with the pre-war youth movement known as the freideutsche Jugend. [4] They had returned from war to find that their specific pre-war ideals had no place in the wreckage of a Germany broken from its past and torn apart by competing collectivist ideologies.

What were these specific ideals? In short, authenticity, that is, the commitment to inner truthfulness. The appellation freideutsche Jugend had been proposed in 1913 at the Hoher Meißner youth festival as a name for the diverse groups of activists that had already given rise to an influential youth-led counterculture. Knud Ahlborn, one of the main speakers at the festival, offered a clear articulation of the shared inspiration. The assembled young people, he declared, were free to form their lives themselves on their own responsibility in a spirit of inner truth. [5] Curtius was able to note a number of affinities between the values and practices of this counterculture and Hesse’s Demian. Chief among among them are a franker than usual treatment of adolescent sexual torment, an interpretation of war, which was then felt to be imminent, as both an individual trial by suffering and a collective cleansing, a resolute, though largely polite, rejection of traditional forms of authority, and a recourse to myths and traditions of secret knowledge.

Curtius could, of course, have looked a little further. The freideutsche Jugend disapproved of the use of intoxicants. In Demian, intoxicants, specifically alcohol, though not praised, belong inseparably to a stage of the protagonist’s path to himself. The freideutsche Jugend placed great value on communal cultural practices such as singing and on the shared experience of the natural world, whereas Demian is strongly coloured by the extreme solitude of the protagonist and has almost nothing to say about the enjoyment of nature.

The ‘youth of Germany’, as Curtius pointed out, strongly welcomed the collapse of the old order of Hohenzollern Germany. His conclusion, that a new springtime took place for them in 1918/1919, needs to be seen in tandem with the conflicted nature of that new beginning. Many young people had believed in the Fatherland as a self-evident focus of communitarian aspiration. After the war, no consensus was available as to what constituted the national community and what belief in it might entail. To recall Hugo Ball, the new springtime was fratricidal.

The survivors of the pre-war youth movement who read Demian could find in the novel a positive interpretation of the collapse of the national community and the ensuing fratricide. They could also find a vindication of the trial by suffering they had anticipated in 1913, and had then undergone. The novel presents all collectives as false by nature and worthy of collapse. Out of the ruins, the individual can emerge. If the search for himself requires of the individual that he kill his brother, that act of murder is acceptable.

Towards the end of the novel, the national community re-appears as a trans-national entity which is about to emerge from the ruins of Europe. Though its distinctive features remain unclear, this new community is presented as the realisation of a new idea of mankind, whose fate lies in the hands of an elite circle of individuals who have successfully completed the journey to themselves. The community must be born anew out of destruction, with connotations of blood sacrifice.

The early reader of Demian, drawn in by the vivid, empathetic manner of Hesse’s storytelling, would have had every reason to accept the postulate of a secret elite of true individuals and to imagine himself as a potential member.